You are here: Home » Recipes » Breakfast » Breakfast Skillet with Potatoes and Canadian Bacon 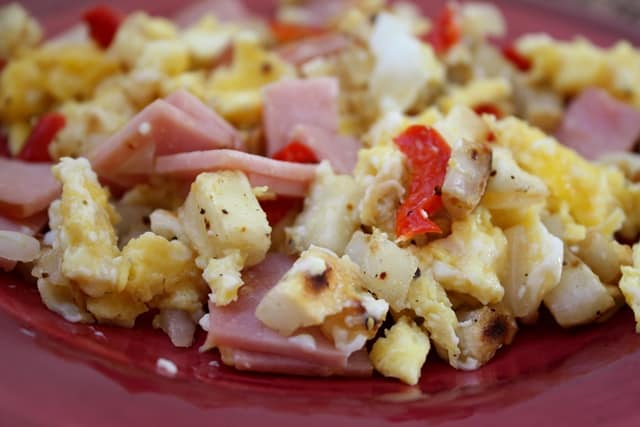 Crisp potatoes, scrambled eggs, Canadian bacon, onions and red peppers made for a terrific hot breakfast. I was craving Huevos Rancheros, but I needed to work with what was in the house.

I didn’t have any pre-baked potatoes in the refrigerator and I definitely did not have time to roast potatoes. So, it was time to break out the frozen potatoes. 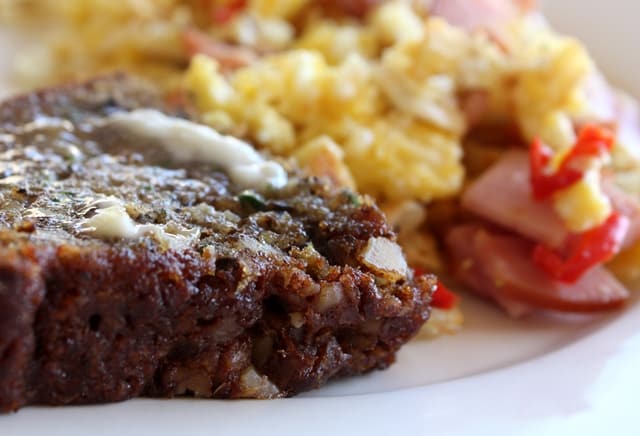 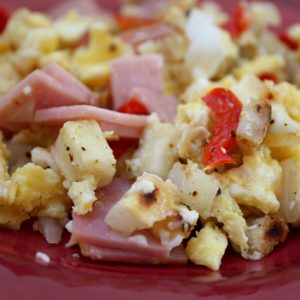