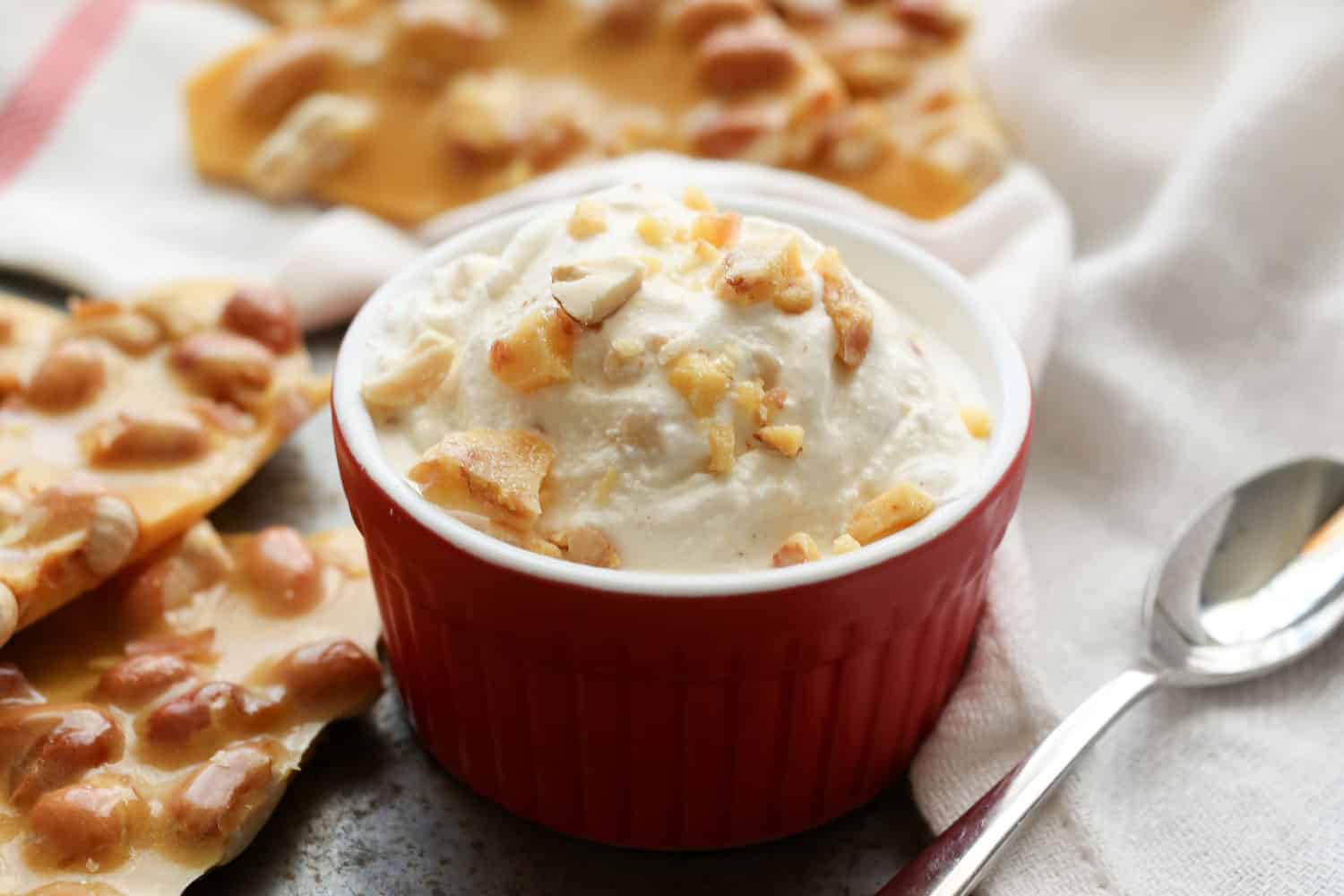 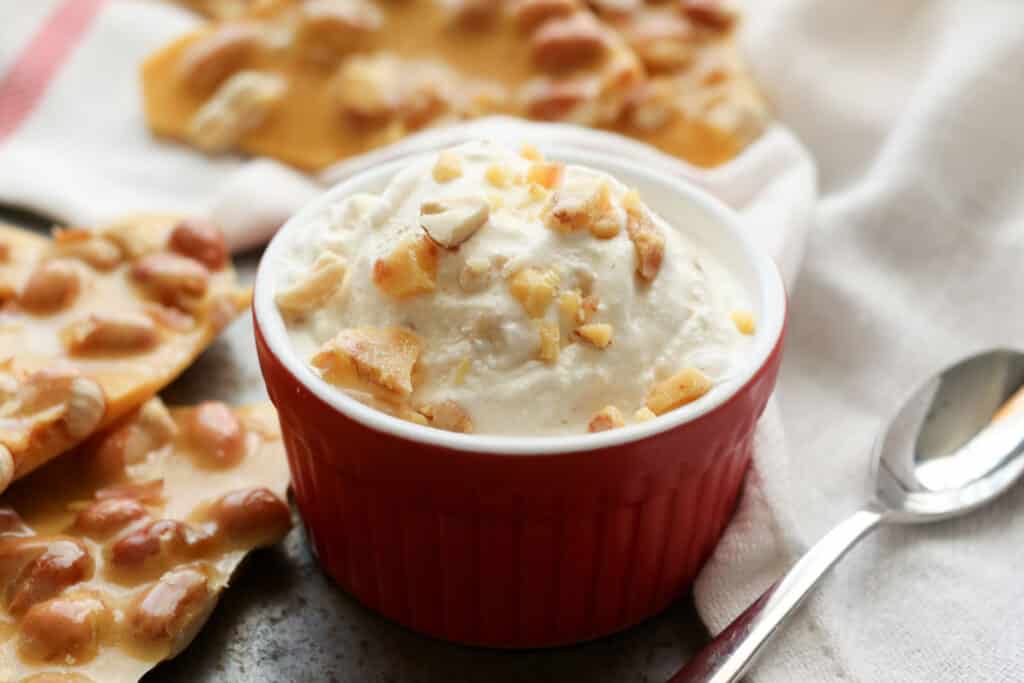 Creamy vanilla ice cream with a hint of cinnamon and plenty of finely crushed crunchy peanut brittle, this ice cream turned out even better than I imagined it would when I first had the idea.

The tiny sprinkling of cinnamon adds an unexpected depth to this ice cream without a strong cinnamon flavor, so don’t even think of skipping it.

I initially planned to give this batch of ice cream to friends, (I honestly do try to give away as much of our ice cream stash as possible, in the interest of actually being able to wear my favorite jeans!) but I couldn’t stay out of this ice cream!

I had to make another quick batch of peanut brittle, just to make more ice cream for gifting. This is one of my favorite ice cream flavors I’ve ever made. 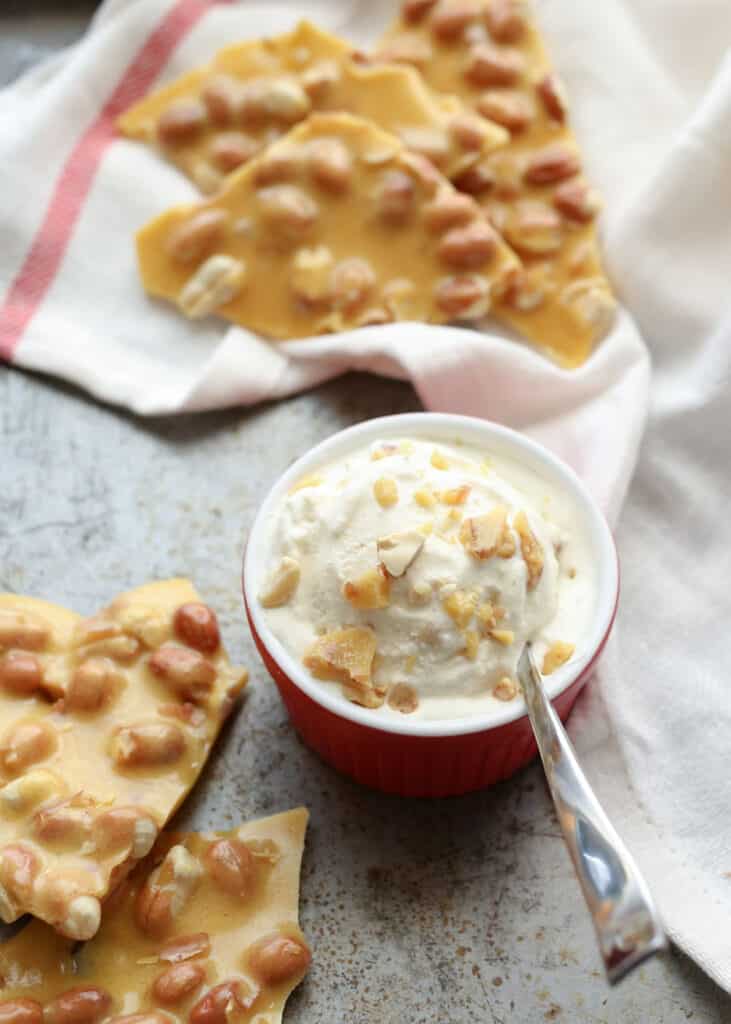 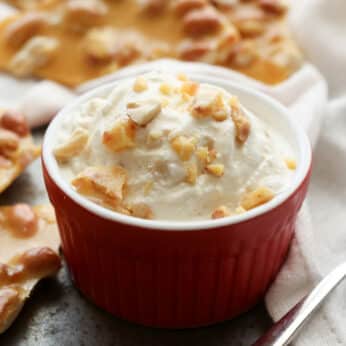 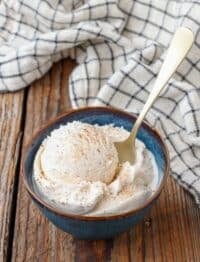 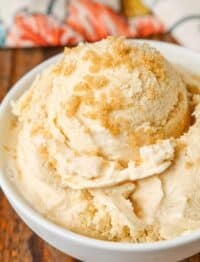 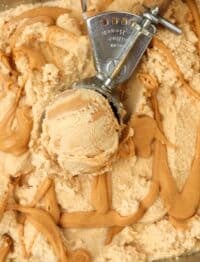 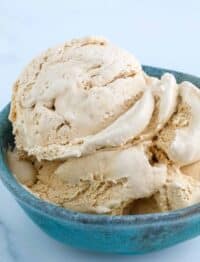