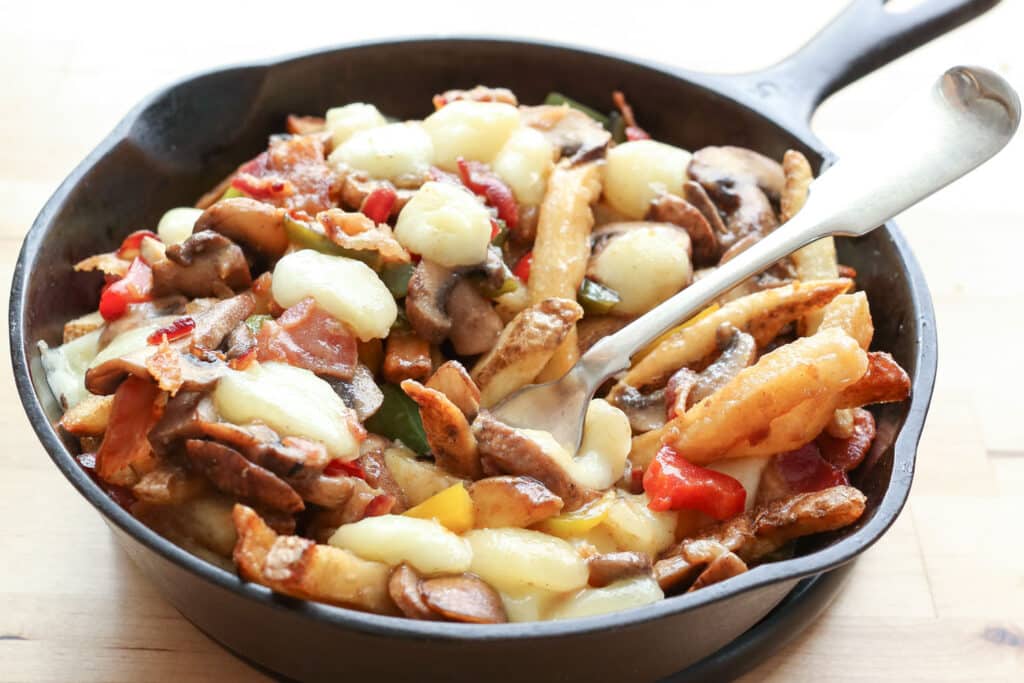 Crisp hot fries are piled high with bacon, peppers, mushrooms, onions, and cheese curds before being smothered in a hot brown gravy to recreate our favorite poutine from Montreal.

Prior to our trip, I’d never even heard of poutine. (pronounced pooh-tin) As I was researching foods to try while we were in the city, I kept hearing about poutine and especially about a little restaurant called laBanquise.

As it turns out, one of my favorite foods we tried in Montreal was the poutine. You can buy poutine all over Canada, it’s available in almost every restaurant, and even the fast food chains serve versions of it.

However, poutine loyalists and Montreal locals could not be more vocal over the fact the restaurant laBanquise is home to the best poutine in Montreal. I lost count of the number of people that told us not to bother trying any other restaurants, to go directly to laBanquise.

To say that the city is proud of their poutine doesn’t begin to describe it. I can assure you that the hype surrounding the little restaurant is well-earned and deserved. I’ve never tasted anything like their poutine.

We headed to there for dinner our very first night in the city and despite the crazy long list of places we wanted to try, we went back again before leaving Montreal.

The poutine was that amazing and I am giddy over the fact that I’ve recreated it at home. (I actually danced across the kitchen floor with glee after tasting the first bite!)I was not alone in my love of this meal, the whole table was silent with happy eating.

All three of our boys gave it two thumbs up and said, “I’ll never doubt you again, you can pour gravy on the fries whenever you like!” To seal the proof of their happiness with this meal, my oldest son has officially made this his birthday meal. 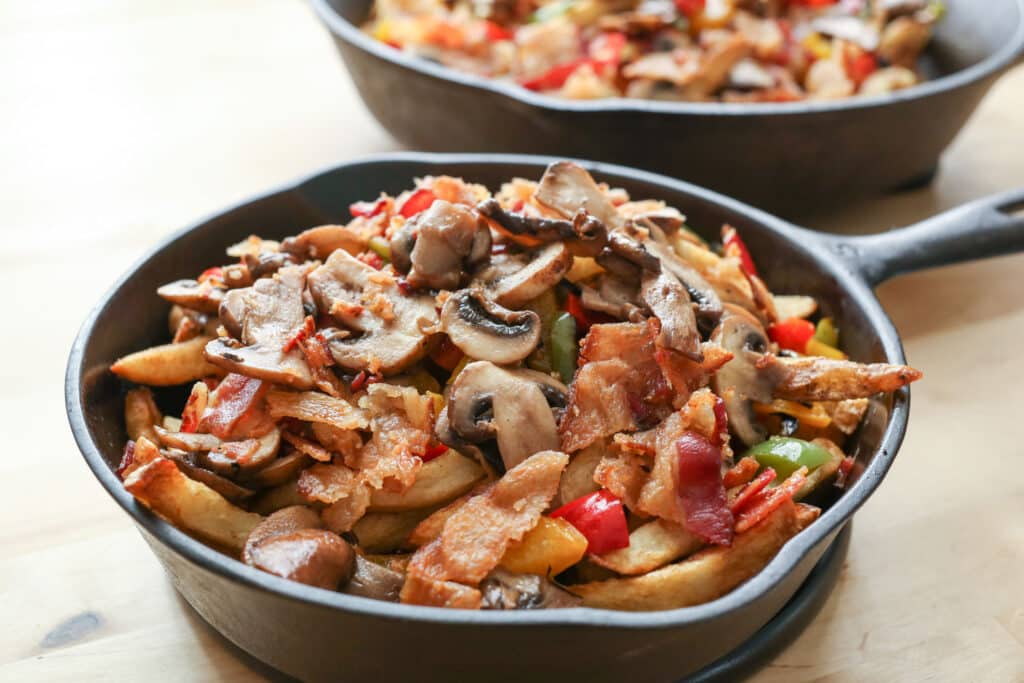 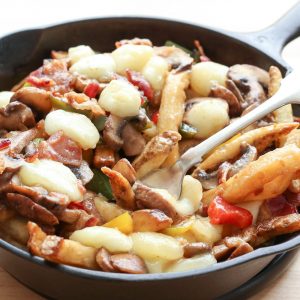 I knew exactly what I wanted for the french fries in this recipe, so Sean picked up (2) large orders of fries from Five Guys (easy salt) on his way home. I know that it's possible to make spectacular fries at home, however, we live less than a mile from some of the best fries available. Make this with the fries of your choice, whether they are deep fried, oven roasted, freshly cut, frozen, or from your favorite burger place.
Cheese curds can be a little tricky to track down, but I found a local dairy that sells them at the farmer's market here in Phoenix. I was also able to find them at our local Sprouts grocery store and I've been told that Costco carries them as well. I am sure that you could substitute any white, melting cheese (mozzarella would probably be the closest thing) if you absolutely can not find cheese curds, but please try to locate them first. The chewy, melting combination of the hot cheese curds is like no other cheese I have ever tasted! If everything is piping hot when you assemble the poutine, the gravy will melt the cheese into gooey pieces. If the foods have cooled a bit, just pop the skillet in the waiting oven for 5-10 minutes, until the cheese is tender and starting to melt.
Tried this recipe?Mention @barefeetkitchen or tag #barefeetkitchen! 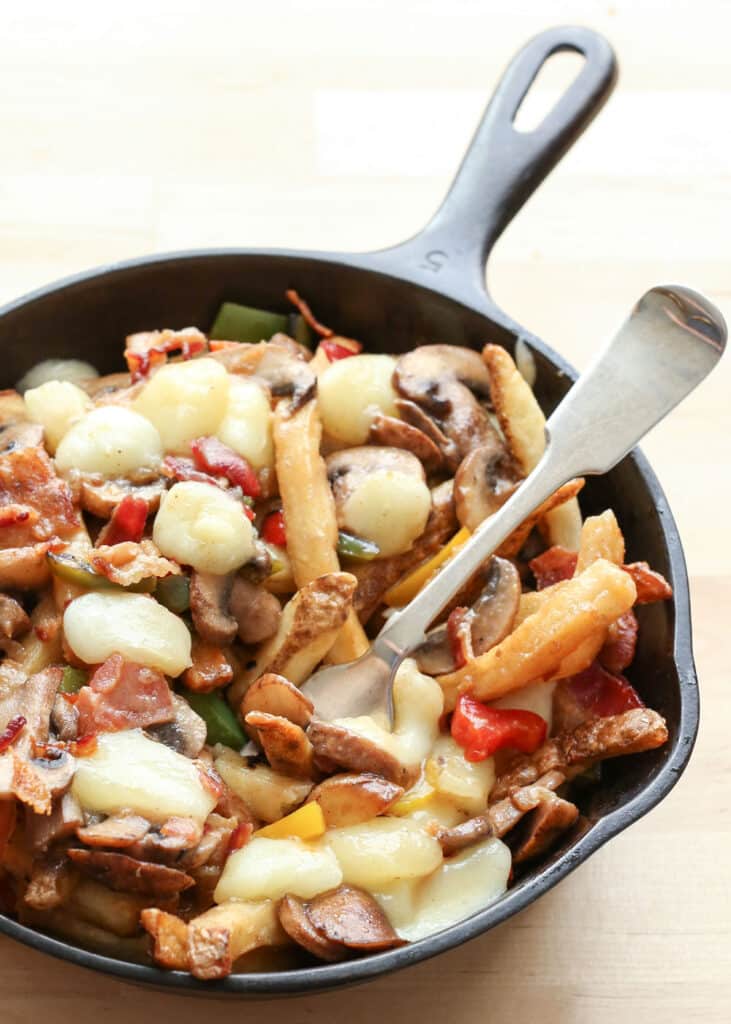