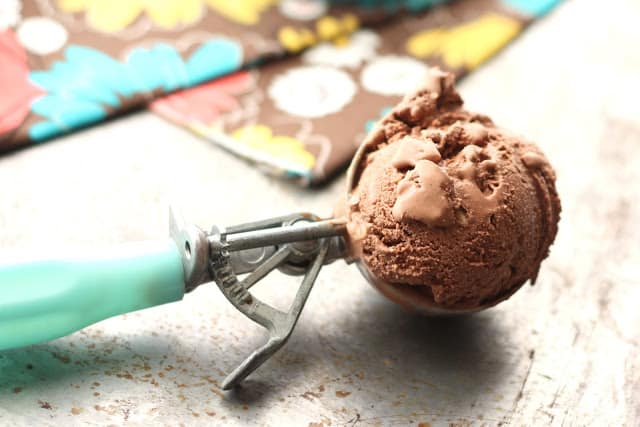 With temps well over 100 degrees in my part of the country, I’m still on a huge ice cream kick. I have hardly turned on my oven this summer.

Last week, I started baking for our annual family camping trip and it felt strange to turn on the oven for a dessert. (The ice cream maker is so much easier!) I can hardly wait to get out of the heat and head to the lake for a few days with the family!

This is a rich and creamy, dark chocolate ice cream flavored with almonds and just the tiniest hint of cinnamon. The almond flavor is unexpected, but fantastic with the chocolate.

You likely wouldn’t guess the cinnamon is there, but it adds a depth to the ice cream that can’t be beat. I am so happy with this ice cream; I’m grinning just writing this post.

I used to think that nuts didn’t belong in ice cream. While I still don’t care to break a tooth on a rock hard peanut; the thinly sliced almonds are soft enough in this ice cream to simply add texture without crunch.

Have I rambled on long enough? Can you tell that I LOVE this ice cream? 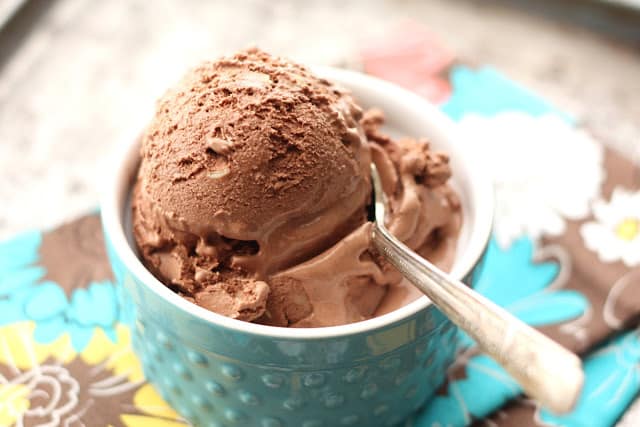 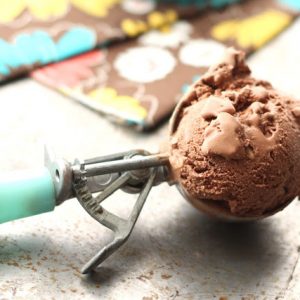