You are here: Home » Recipes » Soups » Baked Potato Soup {On the Stove or In the Crock-Pot} 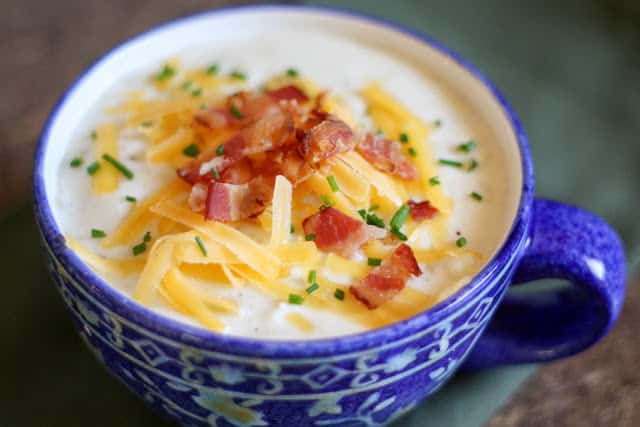 Everything you love about a fully loaded baked potato is tucked into this rich and creamy soup. There are fluffy bites of baked potato in every bite. If you have ever thought that you didn’t like potato soup, this Baked Potato Soup just might change your mind.

I love the simplicity of this recipe. Bake the potatoes, let them cook, then just scoop them out, warm the milk, combine it all and bring to a very low simmer for about 10 minutes.

The most important thing to remember with creamy soups is to avoid boiling your soup. Just stir frequently and allow it to combine and warm slowly. 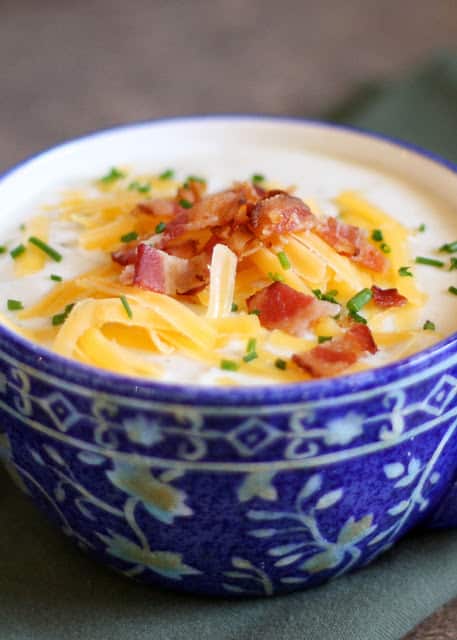 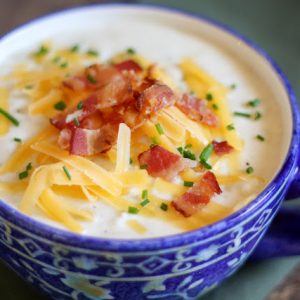 Baked Potato Soup {On the Stove or In the Crock-Pot}

Recipe loosely adapted from and with thanks to For The Love Of Cooking
Print Pin Rate
Servings: 8 -10 servings